Dreaming of a Kokoda Easter 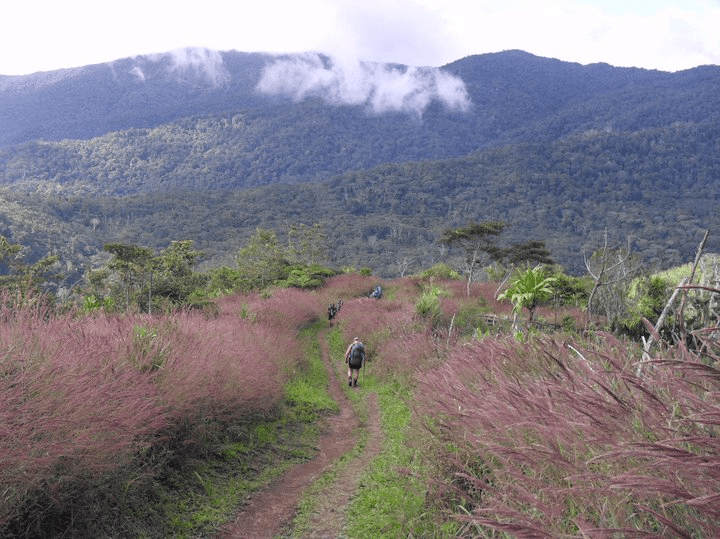 This school holidays I was meant to be working briefly in village schools located along the Kokoda Track in Papua New Guinea. I had saved the cost of the trip, was training hard at the gym and starting some mountain climbs to get my legs ready for the treks between villages. I’d even managed to drop a few kilos and was motivated to lose more. Alas, this trip was not to be. Not because I woosed out, but because the trip was cancelled; there were not enough teachers willing and able to make the trip.

Why not, you ask? The trip I was planning with the No Roads Foundation Education is a rewarding one, enabling teacher travellers to connect with locals and make a real difference to their lives by mentoring local teachers, providing basic resources and the training to use them in order to improve educational outcomes in remote PNG schools. I know this because I already participated in one in September 2016. However, it’s also expensive; you could probably spend a week in a South East Asian resort for a similar price. Am I saying teachers are selfish? Not at all. I am saying many teachers are unable to afford such a trip. In fact, some in my group completed fundraising to enable them to take part. I am also saying many teachers are overworked and overstressed, needing holidays for rest and relaxation. Arduous trekking between remote villages, sleeping on the floor without electricity or running water doesn’t sound relaxing to many. But you know what? The trip I did a couple of years ago did more for me than a week at a resort ever could. 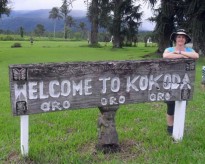 I have visited the track on two occasions and the two trips could not have been more different. The first was motivated by purely selfish reasons – I had turned forty and was looking for something big to do, something to push me well beyond my comfort zone and enable me to prove myself to both myself and others. I was floundering in my personal life and longed to escape reality and do something purely for me. It was a journey of self discovery of sorts. However, the communities I saw along the track and individuals I met touched me in a way which caught me totally off guard.

Smiling children greeted us at the entrance to every village, often with distended stomachs from malnutrition and sometimes carrying machetes longer than their own arms. They truly live in a different world to our children at home. In one village, the local children

happily played football with any trekkers who still had energy left after a long day of trekking (sadly, not me); in another, they sang beautifully to entertain us after dinner. Schools, where they existed, were mostly small grass or wooden huts with rough hewn benches and tables and absolutely no resources. I found myself longing to spend some time in these tiny school rooms, getting right back to teaching basics and working with the local kids. At the time, there was no way to do this. However, No Roads Expeditions, the company we trekked with, soon began to think along the same lines. As a company, they love to give back to local communities and the No Roads Foundation has run many Health trips, where doctors and nurses give their time and pay their own way to treat locals in clinics both along the Kokoda Track and in coastal communities. Several friends have taken part in multiple trips with No Roads Health.

When I heard the No Roads Foundation were planning an Education trip, I quickly jumped on board. Thus, my second trip to Kokoda was all about giving back. After my first trip I returned changed in so many ways and I wanted to return the favour to the people along the Kokoda Track. I’ve always had a heart for children living in poverty and a passion for the right to an education for all and here was my opportunity to finally do something about it. Perhaps I also wanted to give back to the descendents of the Fuzzy Wuzzy Angels who cared for my Great Uncle after he was injured fighting along the track too. Little did I realise, I would gain so much more than I gave, even on that trip.

Most Australians are familiar with the area along and around the Kokoda Track or Kokoda Trail, as it has taken its’ place within our folklore, along with Gallipoli and other major battle sites. Papua New Guinea, located just north of Australia, was where, during World War II, Australian and Japanese soldiers fought amidst some of the most steep, rugged and remote jungle terrain in the world. Along the Kokoda Track during 1942, Australian forces fought, held back and finally forced Japanese forces into retreat; securing Australia’s safety and preventing access to Port Moresby and a feared Japanese invasion of Northern Australia, but not without heavy casualties. Many books have been written and TV documentaries made. Thousands of Australians walk the track annually, many connecting with family members who fought and died there. Not only is it a place of military and cultural significance to Australians, it is also a gruelling and challenging 96km trek – mentally, emotionally and physically challenging in the extreme. It is not to be taken lightly and those who complete it experience a great sense of achievement as they walk through the arches at the conclusion of their trek.

Join me in subsequent posts as I recount some of my Kokoda Track experiences from two very different trips taken five years apart:

Kokoda take 1 – a journey of self-discovery

Kokoda take 2 – an opportunity for giving